In 1982 they signed to MCA Records and their first single “Pass The Dutchie” was an instant smash.

It went to number one in the UK and reached the same position in many charts around the world, putting “the Youth” on the map.

Though none of the succeeding singles could match the success of “Dutchie”, the success story didn’t end after their number one smash. “The Youth Of Today”, “Heartbreaker” and “Never Gonna Give You Up” did well in different countries around the world. The sophomore album “Different Style!” contained the hit singles “007” and “Tell Me Why” and the boys even recorded a single with Donna Summer: “Unconditional Love”.

In 2001, Musical Youth reformed: Michael Grant and Dennis Seaton found inspiration to reunite and take the legacy of Musical Youth into the 21st century. 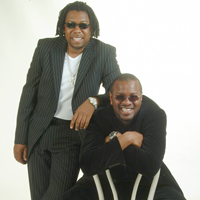