If laughter is the best medicine, there’s only one Doc who can prescribe an evening full of fun and entertainment and that's the one and only Tommy Docherty - great Scottish soccer legend and King of the One Liners.

The fast-talking, wisecracking Glaswegian is a stalwart of the After-dinner circuit and is known throughout the country as The Doc.

His views on the game are constantly sought by radio, TV and the newspapers.

Few others have his track record in the game - his previous managerial positions include Manchester United, Chelsea, QPR, Derby County, Oporto, Wolves, Aston Villa and Scotland. In fact, he claims to have had more clubs than Jack Nicklaus!

Among his many honour’s are 25 caps for Scotland, 2 World Cup appearances as Captain and manager of the Scottish side, Cup Final and League Cup wins - and taking Chelsea and Man Utd to Division One in ‘63 and ‘74 respectively.

As a player, he starred for Preston North End, Celtic and Arsenal.

Nowadays, he is in great demand as a celebrity speaker at many events from multi-national company conference dinners, to personal appearances, sportsman’s dinners and Trade and Industry Association dinners. 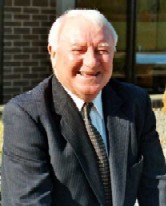