Fire and Water play a blend of 60’s and 70’s classic rock and blues covers. The songs are carefully selected for groove and ‘danceability’.

The duo was formed in 1999 when touring and session musician Paul Curtis left London to build his own recording studio in The Lake District. He met Kendal singer/musician Jason Beattie and they spent 6 months carefully recording their own backing tracks to complement their superb live vocals and guitars. Due to Paul’s engineering experience their sound is powerful yet pristine and as far away from karaoke as one can imagine.

They also have there own lighting and special effects. 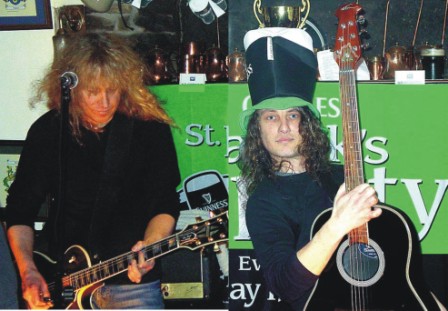