John Challis (born 16 August 1942) is an English actor best known for portraying Aubrey "Boycie" Boyce in the long-running BBC television comedy series Only Fools and Horses and its sequel/spin-off The Green Green Grass.

Since 2015, he has made guest appearances as "Monty Staines" from the seventh series onwards in the hit ITV comedy Benidorm, later becoming a regular from series 10 in 2018. Herman Terrance Aubrey "Boycie" Boyce (born 31 January 1948) is a fictional character in the popular BBC sitcom Only Fools and Horses played by John Challis. His story is continued in the spin-off series The Green Green Grass, which began filming in June 2005, in which Boycie and family have fled from a gang of criminals to the countryside. A younger Boycie also appears in the prequel series Rock & Chips. With Denzil, he is one of only two characters to appear in all three. 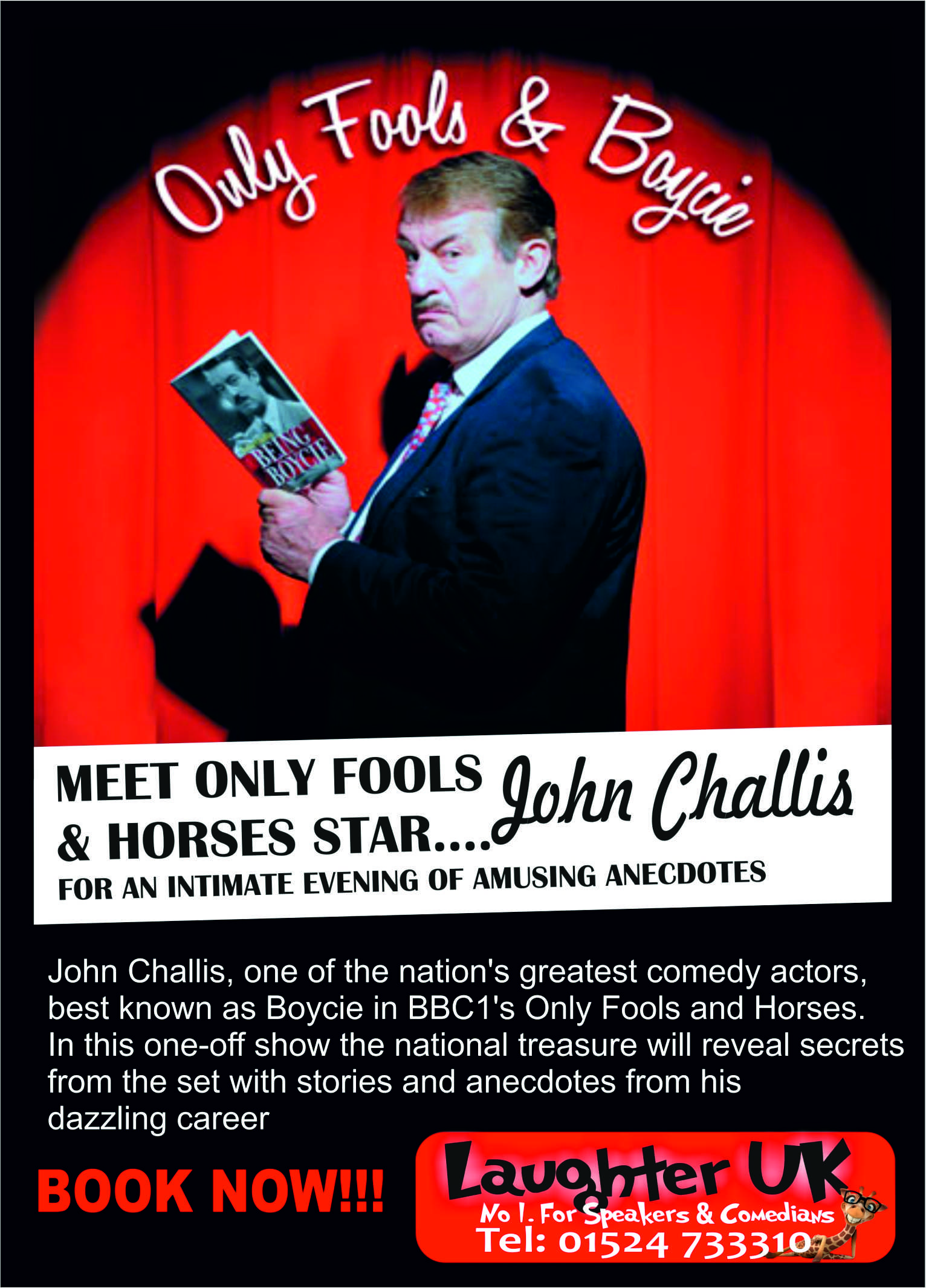