Frank Bruno is one of Britain's best loved sportsmen. Bruno was renowned for his punches, but his fame rested as much on his charm outside the ring as his power in it.

Frank began boxing at 9 at the local Wandsworth Boys Club. During his amateur career, he amassed a 20-1 career, losing to (and eventually beating) Joe Christie while representing the Philip Game Amateur Boxing Club. His amateur career culminated with Frank boxing for Young England and becoming the youngest Amateur British Champion at 18.

As a professional fighter he weighed 247lbs and stood 6'3" tall. He amassed a record of 40-4 losing world title fights to Mike Tyson, Lennox Lewis, Tim Witherspoon and James "Bonecrusher" Smith; fighting a total of 167 rounds, winning 38 inside the distance, and 17 of those by knockout.

Frank has become an accomplished actor since retiring, performing alongside Michael Barrymore and Little & Large in pantomimes around the UK. 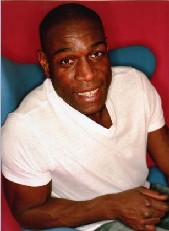