In addition to being a good gag teller Charlie Hale's got a fair old line in impressions: Nelson Mandela, Chris Eubank, David Beckham, Mike Tyson and that is barely half of it.

Audiences love him! Not only is he funny but he’s clean!

Working his act from a large Punch & Judy type screen on stage, this talented and very imaginative entertainer brings a new and hilarious comedy idea in presentation. Following a good line in patter, he continues with tremendously funny send up impressions.

Since gaining the coveted Greenhall Whitley Comedian of the Year award in 1990, Charlie has gone from strength to strength, working the length and breadth of the country, including visits to Northern Ireland, Germany, and Spain.

His qualities as a stand up comic were showcased in 1992 when Granada TV brought The Comedians back, but his real talents lie in his comedy impressions of politicians, soap stars, pop stars and sportsmen. Charlie's sheer brilliance has lead to various TV shows including his own ½ hour show on Sky One.

Some of the names Charlie has worked with on TV are Beverly Knight, Shola Alma, Roland Gift, Heather Small, Mica Paris, Grace Jones and Robbie Williams.

Charlie's act has already taken the corporate world by storm and coupled with his own sporting background (he is an ex pro footballer) he has proved a huge success on the After-Dinner market. Charlie's flexibility allows him to entertain any type of audience. 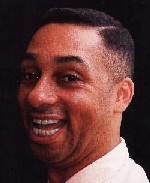