Dave Spikey was born David Bramwell and spent his early career working in the haematology laboratory at Bolton General Hospital.

It was during this period in the 1980s that Dave scripted and performed in a number of amateur pantomimes with a group of like-minded health workers called the Bolton Health Performers. In 1992, Dave was asked to form a double act with Rick Sykes, as purely a 'one-off' to support a popular musical duo called 'Intaglio'. Dave and Rick were known as 'Spikey and Sykey'. The double act's most notable success came on Central TV's 'New Faces' show. A turning point came one summer Sunday evening in 1993 when Dave got a phone call to see if 'he could get to Blackpool in half an hour'. Cannon and Ball were appearing at 'The Opera House' and they needed a compere immediately.

He was the last host of UK gameshow Chain Letters in 1997, following on from Jeremy Beadle and Ted Robbins, among others. While working on the show, he once got trapped by the rotating Chain Letters revolving sign.

Dave won the Best Newcomer award at the Comedy Awards, and there he met Peter Kay with whom he wrote and acted in Phoenix Nights, a hit comedy series on Channel Four.

In 2003, Dave released his first DVD, The Overnight Success Tour. Towards the end of 2004, he wrote the ITV comedy-drama, Dead Man Weds, which he also co-starred in, in 2005, with Johnny Vegas.

Since 2005 Spikey has been one of the regular team captains on the comedy panel game, 8 Out of 10 Cats. 2005 saw the release of his second live DVD, "Living The Dream".

He now presents the Darting gameshow Bullseye on Challenge. Dave has two new projects in the pipeline which have been commissioned by the BBC, being 'Magnolia', a sitcom about painters and decorators, and 'Footballers Lives' - a comedy about a pub football team, which should air by the end of 2006. 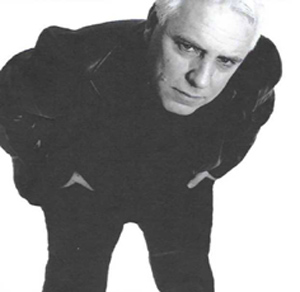