In 1976, Mick applied to go on the popular TV talent show, New Faces. He was accepted and won his heat. As a direct result, he was signed up for a national tour supporting Chuck Berry.

Other tours followed, and in 1977 he was offered his first summer season in Morecambe.

1978 saw him appear for the summer season at Blackpool’s South Pier. The show was very well received, and he was invited back the following year. It was during this season that TV producer, Johnny Hamp first saw Mick work. He loved what he saw and immediately offered Mick a regular spot on “The Comedians” TV show. He appeared alongside such household names as Roy Walker, Stan Boardman and Jim Bowen. He loved every minute of it and is still close friends with many of the team.

After the success of that show, Mick was offered other TV work. He appeared on such shows as Blankety Blank and The Little And Large Show. He was also given his own half hour TV special by Granada TV called “Success.” Eventually, Mick was asked to co present a series called “The Funny Side” along with Mike Smith and Cheryl Baker. Thanks to shows such as “Des O’Connor Tonight,” he has appeared on TV every year since “The Comedians”.

Coming up to the present, Mick has appeared on the cult sports quiz, “They Think It’s All Over” and had a “half hour special” on Sky One. This was filmed in front of a live audience at a famous London comedy club. He is also very proud to be a regular guest on the popular daytime TV show, “Today With Des And Mel.”

In 2004, Johnny Hamp reunited four of the original comedians for a nationwide theatre tour. Mick, along with Roy Walker, Frank Carson and Ken Goodwin, played to packed houses up and down the country.

Mick now lives with his partner, Wendy, in Poulton Le Fylde, near Blackpool. He is still in demand for cabaret, cruising and after dinner speaking. 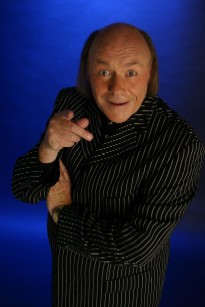