Looking for one of the most experienced ad-lib comedy after dinner speakers then Mike Kelly is for you. His brilliantly quick mind will have your audience in hysterics with his fast off the cuff remarks.

Mike, a former insurance broker, tired of paperwork, and dealing with accounts for many national companies, so, like many good Yorkshire men, sent his wife to work to enable him to concentrate on becoming a full time comedian. Therefore, off he set to learn his trade around the many clubs in the North of England.

Following national exposure on the highly popular TV series, "The Comedians," he was soon appearing all around the country in summer shows and corporate promotions, as well as the leading cabaret venues of the day. At this time Mike also found he was in demand as a character actor, by television production companies and has played many roles in a succession of high profile TV series. 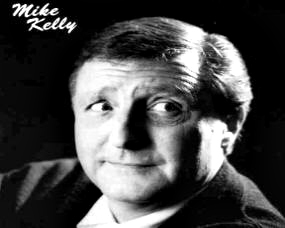