Andy Goram was born in Bury, Lancashire, England. He started his career with Oldham Athletic and Hibernian, but he is best remembered for playing for Rangers during the 1990s, when he earned the monicker “The Goalie”.

In 2001 he was voted Rangers’ greatest ever goalkeeper by the Rangers fans. After his time with Rangers he played for many clubs, most notably at Motherwell and a brief loan spell at Manchester United. Goram also represented Scotland at cricket, but was banned from playing that sport after moving to Rangers.

Andy Goram brings hilarious anecdotal accounts of his playing career to every event, hear the stories of Gazza, Coisty and more.. from an illustrious career of one of Scotlands most colurfull sporting characters.

Andy is a must for your after dinner event, laughs a plenty guaranteed. 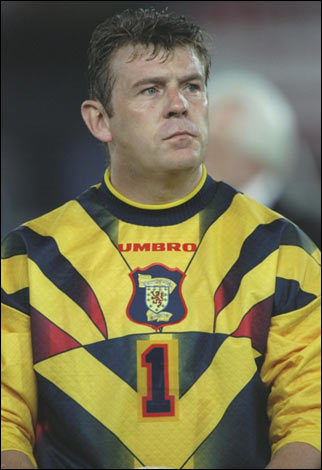