The former Republic of Ireland, Middlesbrough, Aston Villa and Chelsea Footballer, who is now a popular co-commentator and studio pundit on ITV.

Andy´s playing experience and knowledge of football at the highest level is still very recent, so Andy has become one of the most sought after of the new breed of analysts in the electronic media. He currently writes as a regular columnist for the Sunday Mirror in Ireland.

A winner of 70 caps and captain of his country a record number of times, Andy lead the Republic into the knockout stages of the 1990 and 1994 World Cups in Italy and the US. He has captained every team he has played for including Chelsea and Middlesborough and during his time at Aston Villa they won the League Cup in both 1994 and 1996.

Being a highly respected professional, Andy has always been in demand both on and off the pitch and since injury forced retirement in 2000, he has been a guest on many television and radio programmes. He has presented for TW1, Radio 5 Live and TalkSport amongst others and has made numerous appearances on programmes such as ITV´s On the Ball and Central Sports Special. As a player, he made many appearances for Sky as a guest analyst and contributed to various local and national newspapers. Andy has also hosted Playing Around on Tyne Tees TV, where he interviews other sporting personalities whilst playing a round of golf.

Andy is now the regular co-commentator for ITV Champions League Coverage and regularly appears on all ITV`s Football Championship highlights. Andy also hosts his own breakfast show every Saturday and Sunday on TalkSport.

A good after dinner speaker, and he is also an excellent motivational speaker.

Andy´s warm and friendly personality, coupled with his true professionalism and instant recognition, make him a popular choice for all kinds of commercial, advertising and endorsement work. 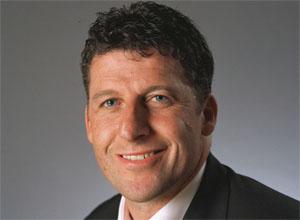