Football player in Scottish and English Football Leagues and for Scotland.

Archie started his playing career, which spanned 21 years, in his hometown of Paisley with St. Mirren FC from 1964-67. After three years, however, he moved into the English national league joining Preston North End in the league division two.

Another three years on and Gemmill made another move up the league table to Derby County, where he spent the longest spell in his career. He stayed in the top flight for a total of 12 years, moving to Nottingham Forest in 1976 and then slowly working his way down the country to Birmingham City in 1979.

During the World Cup competition in Argentina in 1978 he was credited with the best goal of the competition and received an award for this.  It has turned out to be one of the all-time greats and has been featured in videos, films, books and even in a dance routine.

In 1982 he left the country altogether to play in the United States' Jacksonville Teamen in Florida, where he stayed for only a year before returning to the UK and to Derby County. His playing career continued for another two years, when Archie retired from playing football and went into coaching at Notts Forest, where he stayed for eight years on the coaching staff, and then into management with Rotherham United for two years.

Whilst coaching at Nottingham Forest FC he won the Pontins League three times and was runner-up three times. He also won numerous competitions and cups in Europe. As well as coaching, he was deeply involved in bringing young players through the ranks and assisting them with contract negotiations etc.   Archie considers himself to have learned his trade by serving his apprenticeship under one of the masters in his field: Brian Clough.

As Manager of Rotherham United he took the club to Wembley in the Auto glass Cup Competition for the first time in the club's 113 year history and  won the trophy in style.

After a two-year break from the footballing world, Archie returned in 1998 to become the European Scout for Derby County FC, where he remained until 2002. 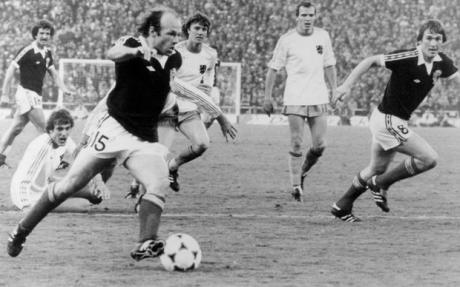