Seaman has over 60 caps for England and is still regarded as one of the best England goalkeepers to date.

With his distinguished career and infallible character David Seaman will always be synonymous with English football history. 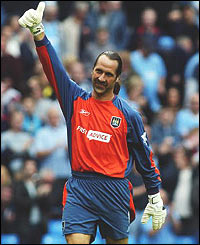