Dean Nicholas Saunders was born 21 June 1964 in Swansea and is a former Welsh footballer who played as a striker in a professional career between 1982 until 2001. He is currently manager of Wrexham.

He is working as an assistant manager to Wales manager John Toshack. He is also an occasional pundit for the BBC, sometimes providing analysis on Wales' matches.
Saunders began his career with Swansea City, where his father Roy had been a player and coach, signing as an apprentice on leaving school in 1980. He played almost 50 games for Swansea, signing as a professional in 1982 and turning out for them in the two seasons in which they completed two successive relegations that pushed the club from the First Division to the Third.

During his time at the club was loaned out to Welsh rivals Cardiff City. He joined Brighton & Hove Albion on a free transfer for the 1984–85 season and remained there until February 1987, when he was snapped up by First Division strugglers Oxford United. Saunders immediately settled into the Oxford squad and his goals helped them avoid relegation at the end of the 1986-87 season. But his efforts were not enough to save Oxford from going down in bottom place at the end of the 1987–88 season. Saunders began the 1988–89 season still in the Second Division, but was soon sold to Derby County for £1million and Oxford manager Mark Lawrenson was later sacked by the club's board after he complained to them about selling Saunders.

Saunders made his Derby County debut on 29 October 1988 against Wimbledon in a First Division fixture at the Baseball Ground. He made an impressive start at his new club scoring twice in his first game. In his first season at his new club he scored 14 goals. His goals helped Derby finish an impressive fifth in the 1988–89 First Division table—their highest finish since they were league champions in 1975—but they were unable to compete in the UEFA Cup due to the ban on English teams in European competition following the Heysel Disaster of 1985.

He scored 17 league goals in the 1990–91 season but Derby still went down in bottom place with just five league wins all season. Derby's relegation saw most of the country's top clubs queue up in their bid to capture his services, and Everton were favourites to sign him. But Saunders ended up at Liverpool, who paid a then English record fee of £2.9million as Ian Rush's new strike-partner following the departures of David Speedie and Peter Beardsley.

In 1991–92, Saunders partnered Ian Rush (also his strike partner for Wales) in a formidable strikerforce backed by young Steve McManaman which saw the club win the FA Cup for the fifth time in its history in manager Graeme Souness's first full season in charge. In September 1992, Saunders was transferred to Aston Villa for £2.5million and was an instant hit with the Villa Park faithful. He developed a strong partnership with Dalian Atkinson and the pair's goals guided Villa to an impressive runners-up finish in the first season of the Premier League. Although Villa's league form slipped in 1993–94 and they finished 10th, Saunders scored twice in the League Cup final to secure victory over Manchester United at Wembley, securing a second successive UEFA Cup campaign for the midlanders.

As part of new Villa manager Brian Little's rebuilding programme, which resulted in most of the Ron Atkinson era of players being sold, Saunders was off-loaded to Turkish club Galatasaray and old Liverpool manager Graeme Souness. In fact, according to Shelley Webb's book Footballers' Wives, the first Saunders' wife Helen knew of the move was when she went to Turkey with him one weekend, to find that by Monday he'd signed for the Istanbul club and this was her new home.

Saunders spent one season at Galatasaray, before he returned to the Premiership with Nottingham Forest in 1996 for £1.5m. His only season at the City Ground was a disappointment with a shortage of goals which contributed to Forest's relegation. After another spell abroad with Benfica (again under Souness), he joined Sheffield United in Division One, where he remained for two years before moving back to the Premier League with newly promoted Bradford City. He remained at Bradford for two years until he finally hung up his boots in the 2000–01 season, when Bradford were relegated from the Premier League. It was the eighth time in his career that Saunders had been involved with a club during a season of relegation.

International
Dean Saunders was one of the Welsh national side's most prolific goalscorers. He made his Welsh debut as a 21-year-old against the Republic of Ireland in 1986. He was capped 75 times and scored a creditable 22 goals, putting him fourth on the all time Wales list behind Ian Rush, Ivor Allchurch and Trevor Ford. No Welsh fan will ever forget his goal which secured a famous 1-0 win over the mighty Brazil in Cardiff in 1991. He won the last of his 75 caps as a replacement in the World Cup qualifier against the Ukraine on the 28 March 2001, a few months short of his 37th birthday. Saunders is rated alongside the likes of Ian Rush and Mark Hughes when Welsh fans discuss who the greatest Welsh striker of all time was.

Coaching
He initially became a coach at Bradford after his retirement, and then moved to Newcastle United F.C. in 2004, initially as strikers coach, and then first-team coach under old boss Graeme Souness. Whilst at Newcastle, he became famous for his "Dean Saunders mime show" where he stood at the touchline and made random hand signals to players which to most were undecipherable. Many at St James commented that it was like watching a game of charades. Souness was sacked on 2 February 2006 due to a run of poor results, and his entire backroom team including Saunders were also replaced. Saunders started the Certificate in Football Management course at the University of Warwick Business School in June 2007. He has the UEFA Pro Licence coaching badge.

In June 2007, Saunders was appointed assistant manager to John Toshack for the Wales national football team.

Management
On 2 October 2008, Saunders took over as manager of Conference National side Wrexham, taking over from Brian Little to become the side's fourth manager in 22 months. He has been allowed to combine the role with his position as assistant manager of Wales. Wrexham won the five league games with Saunders as manager, giving him the best start in the club's history 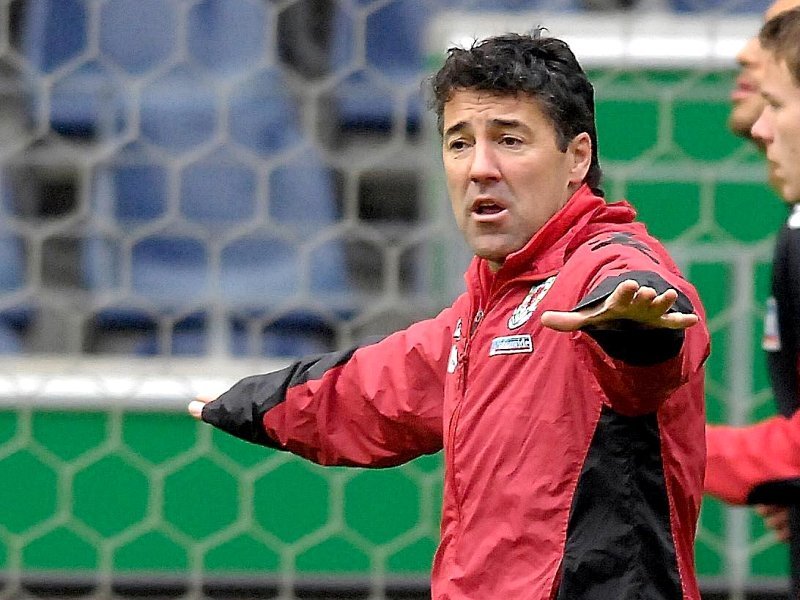