During his career, Law was renowned for his pure genius when it came to putting a ball in the back of the net.

He joined Manchester United with a new British record transfer fee of £115,000 in August 1962. After scoring two goals on his debut in 1962 Dennis' career at United went from strength to strength. This included scoring in United's FA Cup Final win of 1963 and achieving 160 goals in only 222 games over his first five seasons.

Law's talents were recognized in 1964 when he won the European Footballer of the Year and captained his team on numerous occasions. Furthermore he was a vital link in the legendary trio of Best, Law and Charlton. 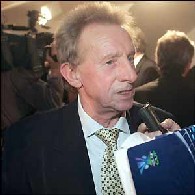