Graham started his playing career with Grimbsy, before moving on to Lincoln City. After retiring as a player due to injury, he took the role of manager and led the team to promotion from Divison Four into Division Three.

Taylor then moved back to Divison Four, and took over at Watford, who went on to win two consecutive promotions. After two years in Divison Two, Taylor took them into Divison One for the first time in the clubs history. The following season saw them rise to second Place in the Top Division, and a place in the UEFA Cup.

Taylor then moved to Aston Villa, where he spent two seasons, before being approached to take over the management of the National Team. Despite an encouraging start, Taylor ran into trouble after England’s poor run in the 1992 European Championships. After England failed to qualify for the 1994 World Cup Taylor resigned.

After a short break, he moved back into club management, first with Wolverhampton Wanderers, and then back to Watford.

Taylor retired again in 2001. After a few months out of the game, he returned to Villa park as a non-executive director, before taking over the managerial duties after John Gregory Left. His domestic management record was outstanding, making him a highly respected manager.

He now has a commentator role on Radio Five Live as well as other media commitments. 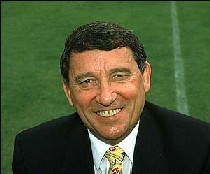