Ian Wright was one of the best known footballers in Britain. He was born 3rd November 1963 in Woolwich.

He was first employed as a builder doing plastering for very little money, playing at the weekends for the "10 Em Bee Club". His managers soon recognised his talents as a striker, and when he was 17 scouts from Crystal Palace saw him, and he was signed up for a three month contract at £100 a week. His first game came in 1985 when he came on as a sub against Oldham FC. Within minutes he scored.

In 1990, he was an FA runner up with Palace, and in 1991 he was chosen to play for England in a friendly against Cameroon. After six years at Palace, he moved to Arsenal for 2.5 million pounds, and scored on his debut in the Coca-Cola Cup against Leicester City, and then scores a hat-trick against Southampton in his first league start for the Gunners. He ended the season with 24 goals in 30 appearances, and makes a further three appearances for England.

In 1992, Wright ended the season as top English goal scorer, beating Gary Lineker by one goal, but isn't chosen for the England squad and the European Championships.

In 1993, he becomes the quickest Arsenal player to score 100 goals for the club, beating Ted Drake's 40 year record. He won the FA Cup and League Cup with Arsenal, and scores for England against Poland. After winning the Cup Winner's Cup and the League Double for the second time, with Wright scoring in every round, he left Arsenal in 1998, and joined West Ham for half a million pounds. He failed to make an impression there, and joined Celtic nine months later.

He was then approached by ITV to host his own show.Since his retirement from football, he has become a media personality, appearing as a pundit on Match of the Day. He has also had a career as a presenter, having had his own chat show, Friday Night's All Wright, which began in 1998 while Wright was still playing.

Since then, he has gone on to present programmes such as The National Lottery Wright Around the World, Friends Like These, radio show Wright & Bright (with his former team-mate Mark Bright), Guinness World Records and What Kids Really Think. He took over from David Seaman in autumn 2004 as a team captain on BBC game show They Think It's All Over.

He is currently a football pundit on the BBC's Match of the Day including the 2006 Fifa World Cup Coverage and in 2006 Ian also appeared on Channel 4's show Friday Night Project, a show where celebrities take host of the show for a night. 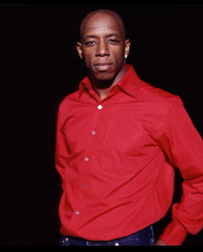