Steve Kindon was born December 17, 1950 in Warrington. He is a former professional footballer who played mainly on the left wing where his speed was an asset, but also played at centre forward.

Steve began his career at Burnley where he played over 100 games and scored 28 goals.

“The Tank” (as he was known) moved to Wolves in 1972, where his bustling style made him a crowd favourite. He scored 31 goals in over 150 league and cup appearances for Wolves.

In 1977, he returned to Burnley before moving to Huddersfield Town where he was part of a minor piece of football history, being one of three goalkeepers used in an FA Cup Tie v Shrewsberry in 1981. Regular goalkeeper Andy Rankin was injured and Steve took his place, only to be injured himself, his place in turn being taken by Mark Lillis. Each of them conceded a goal, and this remains an English record for the number of keepers used in one game. Injury then ended his career in 1982.

Steve is now a well respected and popular after dinner speaker where he brings a fun and entertaining night of tales on and off the pitch. 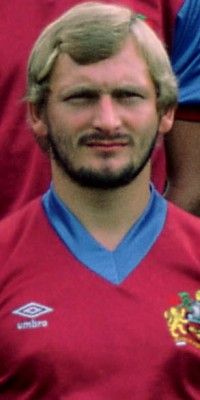