AK has been described as the ultimate entertainer. Always looking the part, he definitely sounds the part.

Singing for over 20 years, A-K and his brother enjoyed circuit success touring universities and polytechnics with their band MANFORCE. However on the verge of striking a major recording contract the band fell apart.

For the next 10 years or so he had a chartered career in broadcasting (T.V and Radio). it was not until 1999 that he returned to singing, were he would duet with his brother at entertainment venues in the Northwest & Wales. However in 2004 he took the decision to go solo as a Soul/RnB vocalist performing in venues across the Northwest & Wales and other parts of the United Kingdom, Entertaining audiences in  packed out venues across the country. Dazzling them with his top class performance, leaving them yearning for more.

An entertainer by all standards,his singing style has been likened to Teddy Pendergrass, Lou Rawls, and the likes of James Ingram while still maintaining his own unique identity. This has won him many admirers and fans in the various venues he has performed.

AK is always sure to get the party started as he belts out some of those soul classics we know and love so well  to perfection: The Temptations,The four Tops, The Drifters, Harold Melvin and the blue notes, Lionel Richie and of course Barry White just to mention a few. Being the versatile entertainer he is, AK can also mix it up with a bit of reggae,swing and a few old time favourites like sweet Caroline. 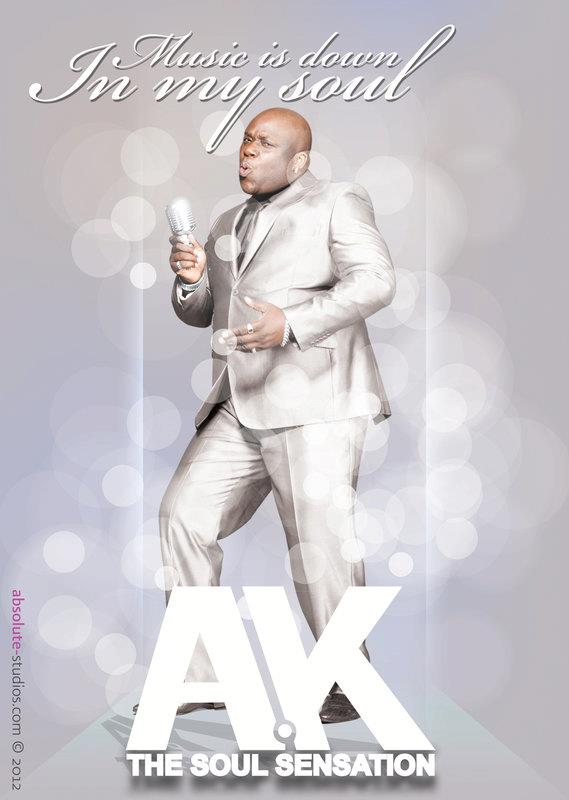