Andy Layton James moved to Manchester in the latter part of 2006 from the North East Scotland where he has already established himself as a first class singer.

Respectfully earning himself a good name in the entertainment business.  Playing to audiences around the country and abroad he prides himself on his stage show which includes many special lighting effects, lasers and an excellent state of the art sound system that caters for any size of venue or event.

Andy Layton James is not only popular at corporate events, weddings, pub and clubs, but he has raised the roof at private celebrity parties also!! Entertaining for footballers Vinnie Jones and Paul Gascoigne as well as actresses Gillian Taylforth and Linda Lussardi to name a few. He has now earned his full EQUITY membership, working alongside top billing stars in 125th STREET at Shaftesbury theatre in London's West End.

He more recently played the role as the gardener in the updated hit children's TV series Grange Hill aswell as acting in Coronation Street, Hollyoaks,Emmerdale and the Hovis, Fifa commercials. 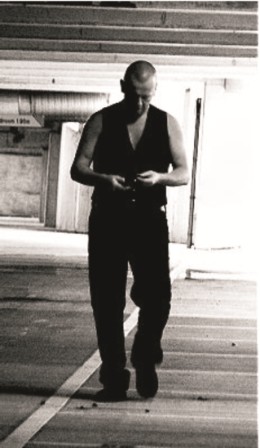 Cool and the Gang - Give It Up /Cherish

Wham - Wake Me Up / Freedom

Elvis - Wonder Of You /All Shook Up /Hound Dog

Showadywady - Under The Moon Of Love /Hey Rock N’Roll

Simon & Garfunkel - Bridge Over Troubled Water Only Have Eyes For You.

AC/DC - You Shook Me All Night Long, Whole Lotta Rosie

Plus many many more like these…….
Pretty Woman, Brown Eyed Girl, Puppet On A String, I’m So Excited, Tainted Love, Karma Chameleon, Young Girl, Build Me Up Buttercup, Sugar Sugar, Enola Gay, Devilgate Drive, Baby Love, Tears Of A Clown, My Girl, Babe, Believe, Sweet Child Of Mine, Since You Been Gone, Ace of Spades, Heard it Through The Grapevine, Maggie May, YMCA, Mustang Sally, Agadoo Stairway To Heaven, Since You Been Gone, Paranoid, Sweet Child Of Mine, Nessaja, No Limits, Ooh Ah Just A Little Bit, Makin Your Mind Up, Movin’ On Up, Save All Your Kisses, He’ll Have To Go, Unchained Melody, Morningtown Ride. OO Ah Just A Little Bit, Nessaja, No Limits ,Don’t Give Me Your Life,