If your choice of music leans towards the more rockin' side, with a little bit of flamboyance thrown in for good measure, then The flairz! are the band for you!

Originating in 1993, the band under a different moniker, started out by playing local pubs, village halls and friends party's; steadily increasing their popularity through appearances at various night clubs, working men clubs, discos, biker festivals and even an appearance on cable TV, until the present day where they are now a major attraction at some of the best venues in the UK.

Always putting on an authentic, and live show, all members of the band dress in seventies style make-up and clothes , and rock their way through a wide selection of songs from bands including T. Rex, The Sweet, Slade, The Arrows, Glitter Band, and many others, even The Bay City Rollers! 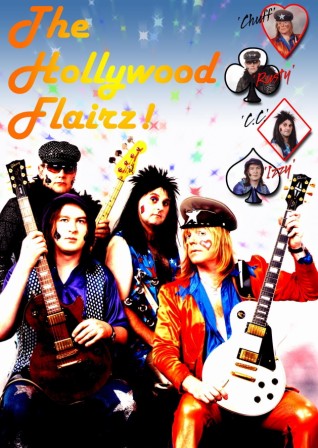