With a Rollin' Stoned show, the costumes are shamelessly camp, gaudy and fab, the instruments genuinely vintage and the wit irreverent.

However, while the tongue is never far from the cheek we make sure it is never to the detriment of the music.

This band is not to be confused with the grotesque parody on parody 'Stella Street'-Lite Stones bands that abound, nor a bunch of seasoned old pros, opportunistically hitched on to the “Tribute Bandwagon” for an easy ride. What clearly comes across to audiences seeing the band at work is the passion we all have for the music of what is, cliche or not, "The Greatest Rock'n'Roll Band" the world has seen.

“.... the nearest thing to the real article” was the view of one reviewer who claims to have seen them all in 'The Times',

“.... about as true to the originals as you can get” raved another and

Indeed Keith Richards' own mother, Doris, was kind enough to describe us as “outstanding” and fit to “stand in for the Stones” which is about as good an endorsement as any could wish. 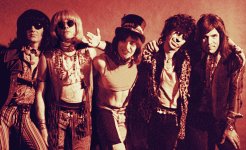