Hire a Sister Act Tribute and create the fun-factor at your event! This three girl Production Show based on the Sister Act Films features all the hits from the smash-hit movies!

From its first opening night, this high energy, fast moving show has been a non-stop hit, bringing audiences of all ages to their feet, performing to packed houses six nights a week for the past four years.

All three members bring their own personalities to the show, giving 110% in every performance.

This superb show has seen many changes throughout its time; due to change of songs and costumes etc, which keeps it fresh in every sense of the word.

SISTER ACT performs well known songs from the films and incorporates other songs giving you that extra WOW factor.

Now also available to perform as STOP IN THE NAME OF MOTOWN - The Magical Motown Experience!

I just adored Sister Act tribute Ain’t No Mountain High Enough. This type of act has been done to death, but these three ladies present the oh-so-familiar Nuns with Fun act with such joy and with tongues planted firmly in cheek. This show constitutes well costumed and energetically choreographed entertainment. - The Stage Review 2013 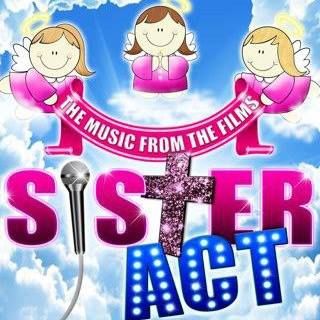