Martin Jarvis began his career in the music industry playing guitar and singing in a band supporting the likes of “The Who” and “The Small Faces”.

He then moved into the recording business copying the voices of the various artists in the charts for record labels Pickwick and Contour.

After moving into the cabaret circuit as a solo artiste, he travelled the world performing his show to audiences in clubs, theatres, cruise liners and performed in Las Vegas alongside Anthony Newley.

Because of his powerful voice, Martin was always compared with Tom Jones and endlessly requested to perform a “Tom song”. Well one song always led to another and soon he was performing-complete Tom Jones Tribute Show all over the world.

In September 2000, Martin was booked to perform for The Prime Minister Tony Blair and the Welsh Assembly at the Labour Party Conference in Brighton and what a Welsh Night that was!!!!

Since the success of the “Reload” album, Tom Jones has gained a new set of fans and Martin has blended these new songs into the show alongside the old “timeless” favourites. Such has been the accuracy of his reproductions of all the “Torn songs” that songwriters book him to record New songs for future singles and albums for the man himself. 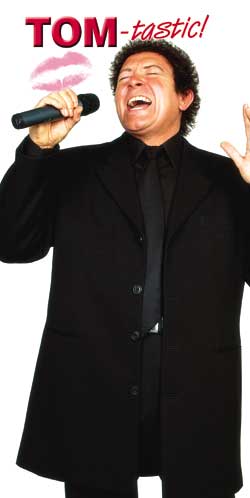